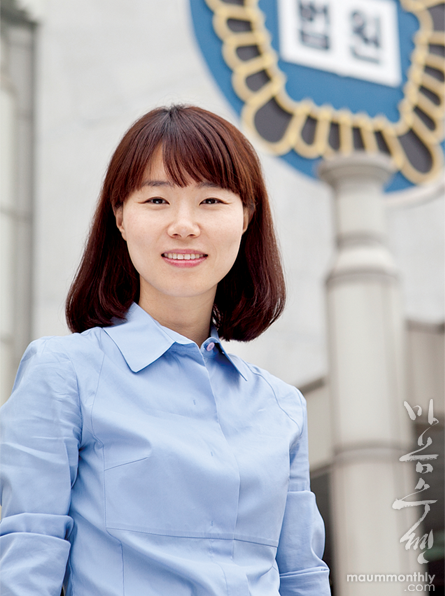 Yigee Kim, a lawyer has accomplished almost all of her goals: graduated from KAIST, she had the highest score on the Seoul National University (South Korea’s best University) law school entrance exam, passed the Bar exam, and completed internship and became a lawyer in January. In spite of all the great achievements she never felt happy. Instead, she suffered from constant anxiety and dissatisfaction. She believed that a lawyer’s work requires sincere care and deep concern about the clients. But she did not even feel comfortable around people. So the issue of dealing with people became her biggest problem. Doing Maum Meditation, she has experienced a great change in her outlook: she has realized that people are the most precious beings in the world and she feels grateful that she has become a lawyer, now that she can truly help people. We will hear Ms. Kim’s story about how she found happiness in her life.

Since childhood, I have always liked reading books by myself. My school grades were good and my favorite subjects were mathematics and science. So I went science high school and chose KAIST for my university. Soon after beginning KAIST, my long journey of confusion began. Near my graduation from KAIST I wanted to change my major from engineering to languages because I wanted to leave a legacy in the world like some of the scholars who were my childhood heroes. So I entered Seoul National University. However, even that idea had to be given up due to some conflicts in methodology.

Finally, I decided to study law since it seemed logical and practical, and also I could contribute a lot to our society as a lawyer. So at 30, I began my law study at Seoul University. 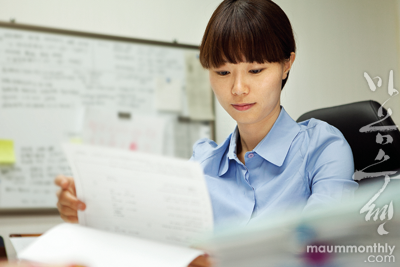 It must have been about the time I began my law study when I became more sensitive. My relationship with people was getting more difficult: it was hard for me to respond appropriately during conversation with other people, and I could not flow with conversation with people. Often, people ended up misunderstanding me, and it was very frustrating. At nights I had insomnia thinking about how I could have responded differently during meetings. Even when I tried to study, I could hardly read one line without any association of the unpleasant memories. That one association continued on to the next on and so on, gradually creating sizzling anger towards people involved in each situation. I became a senior and had to prepare for the Bar exam, but I could not concentrate on studying. I felt that I desperately needed something to change my condition but I did not know what it was or how to find it.

One day, I ran into Maum Meditation monthly magazine. It said we could empty our minds, and I wondered if that was true. I thought I found something that I really needed. I wanted to change who I was ? never energetic in mind or body, too sensitive, I only knew how to study well, but not how to handle real life situations. I wished I could deal with people as other ordinary people did, work diligently, and love life with a lot of energy and enthusiasm.

In the beginning, it was not easy to do the Maum Meditation. I did not understand quite well what it means to do meditation with mind. But I continued doing the meditation according to the instructions given to me by the teachers. Slowly, I began to understand the process. I could see that everything that I have experienced ? what I read, my conflicts with people, my pains from being misunderstood, etc. ? all these different pictures in my mind combined into all sorts of useless, meaningless thoughts.

At first, during Maum Meditation, all the pictures were so vivid that it was painful to relive the moments. But I found the more times I threw away the same pictures, the more faded the pictures became, and I felt lighter and lighter. Then I realized that all the emotional upset caused by my own thoughts was not real. Thanks to the meditation, I was able to concentrate on my studies. I passed the final Bar exam in the fall of 2008, and I could focus on Maum Meditation again.

I seriously reflected on my life. Up to then, my life involved school; high school valedictorian, highest score on the Seoul University Law School entrance exam, getting scholarship, passing the Bar exam, etc. Although I accomplished my goals, I did not really feel happy. I thought it was only the expected results from my brains and hard work. I took academics for granted and was not even grateful for all that success. And I was frustrated from constant dissatisfaction and anxiety.

Once, one of my schoolmates told me “Sister, you seem like a person who just came out to the world after having been cooped up in an isolated research lab for a long time.”

Looking back, I could see that I lived in the world of books rather than in the real world. I had no knowledge of the real world and did not have any experience dealing with other people, so I did not learn how to understand people.

When I reflected on my mind during meditation, I was really shocked to see how messed up my mind was. I made my own mind world to live in, and I believed that everything I thought and did was right. I judged other people wrongly and looked down on them with my own standards and values. It was a natural consequence that I could not feel comfortable around people. I think I did not even have any interest in other people.

When I looked deeper into my mind, I found the foundation which I built myself on; “I was not loved.” This feeling developed into an inferiority complex. When my younger brother was born, I believed my parents’ love was taken from me and given to my younger siblings. I feared that no one would love me even if I wanted to be loved. I think this situation might have created my own high expectation of myself. Certainly it became the basis for my problems in life. Isn’t it really true that only I exist in my mind world? In that mind world, I could be the best and smartest; I could be loved the most. Reality, however, was not like that, so I was lonely, frustrated, and unhappy, and I really wanted to run away from myself.

As I meditated throwing all the negative mind, I could see more and more clearly with my spiritual eyes that when my false self disappears only True mind exists and that is god. And I realized everything is god.

I learned what true love is. My life only exists because god loves me, and every moment he continues to love me dearly. With this realization, I could throw away the belief that I was not loved. I also clearly realized that when I throw away the false mind completely I could live forever with the universe mind (True mind), which existed from the beginning. 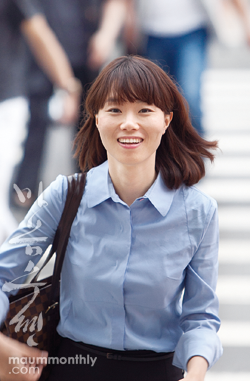 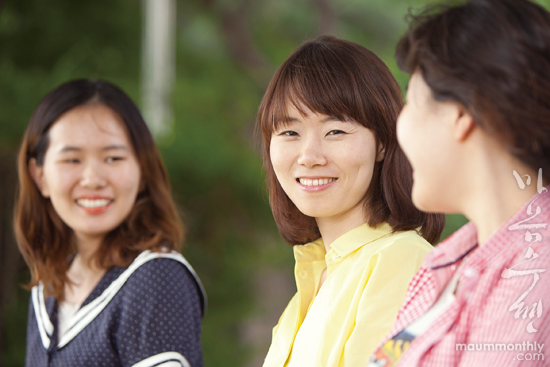 The biggest change in me was that I became more interested in people. I could even say “How have you been?” with real interest. Now, I am truly glad to see anyone, and everyone feels precious. I sincerely care about them. Everyone is loved dearly by God; therefore everyone is precious.

Only now, I think I understand what happiness really is. We are one! I am not just one individual and alone. Instead, I can live for the whole, which is myself as well, so how can I not be happy? I feel so lucky. I would have been a terrible lawyer who does not care about people (smile). I truly feel that I can live for the world, now. I would like to thank everyone who helped me change so much.