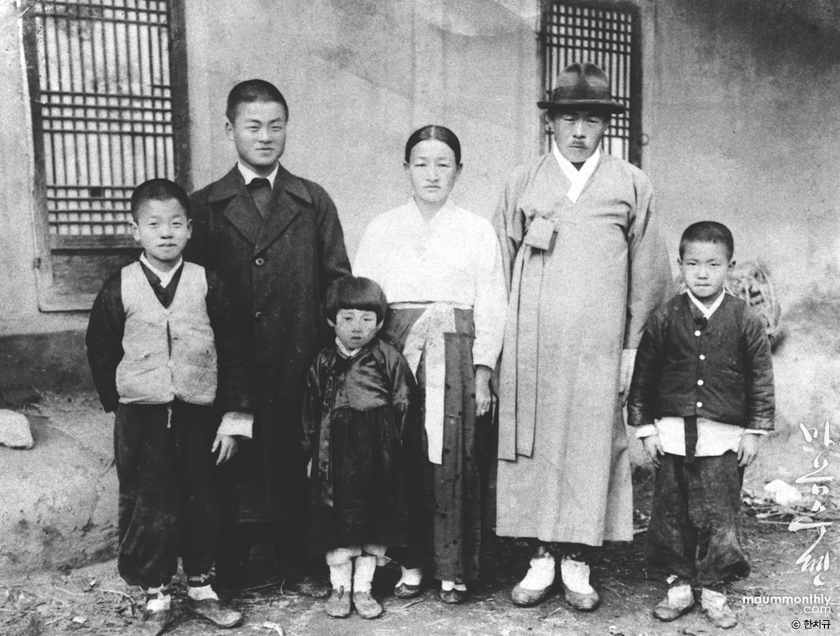 This is a family photo from his childhood. From the left, my father, Chi-gyu Han; my uncle who escaped the North with my father; my aunt in North Korea who met with my father briefly in Jangbaek, China in 2009.

Written by Han Seung-won and Photo by Han Chi-gyu

In my childhood, my father took pictures of our family traveling places during weekends. Because of this, three siblings of us were able to accumulate happy memories a bit by bit.

The records of last 50 years with my father’s love.

I reminisced and was touched by my father’s love. Not wanting to wait too long, I published <Three siblings of Han family>, a memoir of photographs last May on Parents’ Day, to repay him. This was dedicated to his love and was our show of respect. 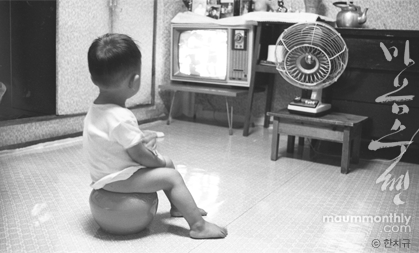 ▼ The best delicacy, jja-jangmyun, dad took a photo of us after mixing our jja-jangmyuns first. Naesoo-dong, Seoul, April 1969

My family consists of five: father, mother, sister, brother and me. My father was displaced from his family in North Korea during the Korean War; and we were all he had in his life, with work and family being the only sources of pleasure.

When thinking of my father, there is one interesting story. My father in his youth, had attended a Japanese school in Houng-nam; and he had to get up two in the morning to take a train that left at two-thirty. He rode the train sitting next to the conductor for about 13 miles and switched to another train to which he had to run 20 minutes to get to, going another 17 miles. Traveling thusly for a total of about 30 miles each way, he always managed to rank first or second place in the school. Even a midst of hardships of life, one dream he had was to study hard and earn a lot of money to help his parents.  But since the separation of Korea into North and South, this dream became impossible to achieve.

Through the pictures, he helped us understand the importance of a family.  Even when he carried all three of us on his back, he laughed; during summer, he made a pool for us by blocking the drain. 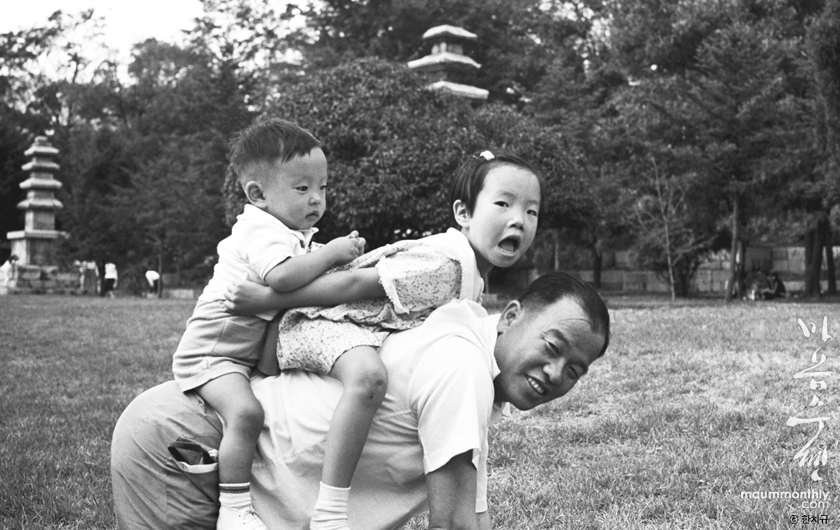 He took warm pictures of his family as well as those of relatives and neighbors.  And recorded landscapes and progresses within society, all these were my father’s legacy. Since last few years, after two major surgeries, he became very weak and aged. When we take him out at times, he loves it so much like a child.

I can’t forget when we presented him with the photobook to give him at least a speck of joy, he seemed exceptionally happy. 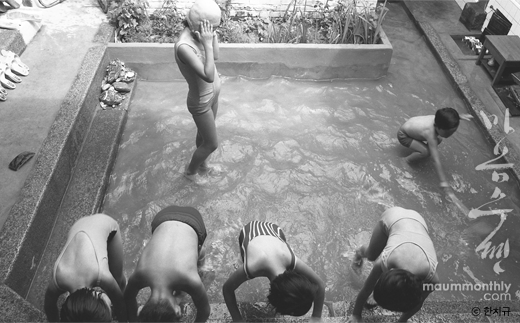 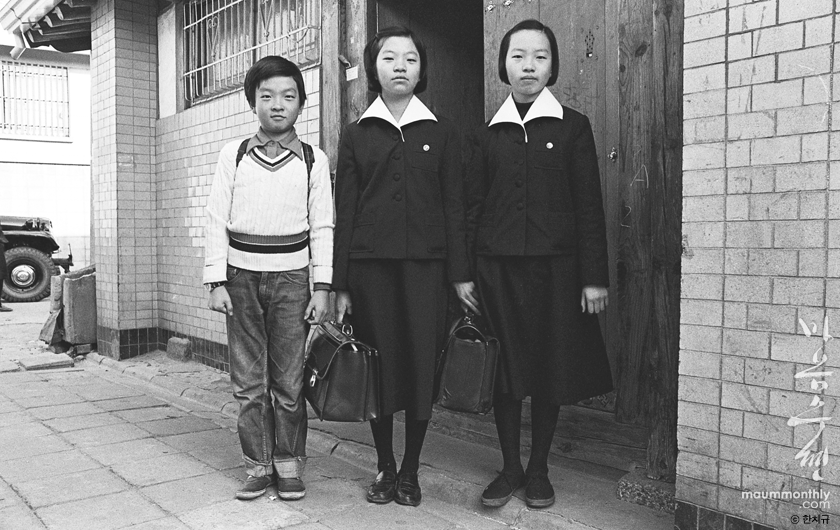 In 1929, Han Chi-gyu was born in Jung-pyung, Hamkyung nam-do and escaped to South Korea during January 4th retreat. For 30 years he served as a full-time solder, until he was transferred to the reserves as a colonel. In 1959, he bought his first camera to learn photography on his own; the photobook <Three siblings of Han family> include warm pictures of his family and neighborhood children through 1960-1970. Photo provided by Noon-bit.