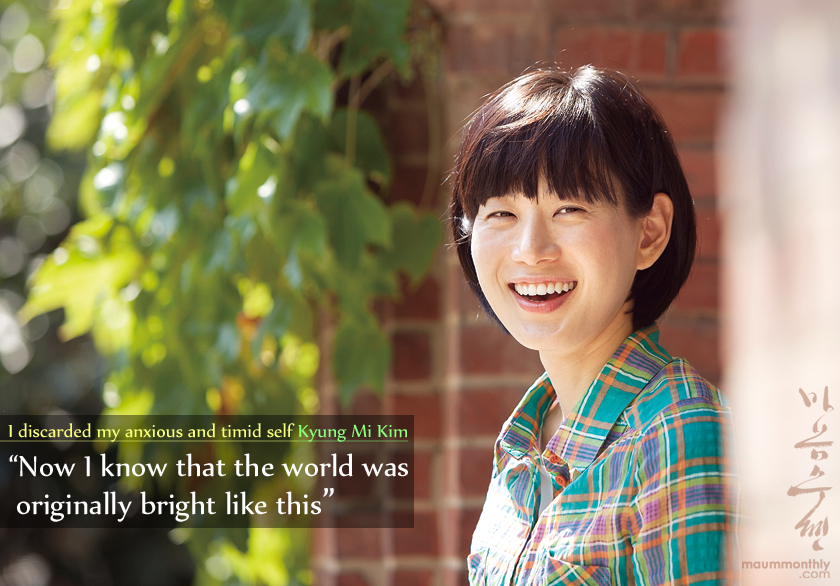 She should have been full of life in her youth, but she was anxious and nervous all the time. Apparently there was nothing wrong, but she felt she had a problem in her mind. Her mind was always heavy and felt weighed down, and she desperately wanted to escape from it. So she(now 31) started Maum Meditation at the age of 23. Now all those heavy minds, which felt as though they were carrying all the worries in the world, have totally disappeared. She realized that the world was originally bright and full of light, and that she had been living caught inside her own mind world. Kim Kyung Mi tells her story of how she came to live in the happy original world.

My mind had always been anxious and nervous. I always had lots of thoughts and anxiety before an exam, the posting of the results, or indeed, confronting anything. All my life my friends would ask “Why do you have such a lot of worries?” My anxious and nervous mind continued even into my time in high school. So I went to see a doctor, but he didn’t think my condition was significant, even though it was to me.

At least once in my life I wanted to laugh genuinely. When I heard about Maum Meditation throwing away the mind I immediately started. Then I began to know that my suffering came about because I was trying to live in this world by my own self. The universe, the world, was aware of feeding me, dressing me, and raising me. But I didn’t believe in the universe, even though it was already one with me. After realizing that, I truly became comfortable because now I just needed to live according to nature’s flow instead of struggling to live by my own way.

Because I was the eldest child my parents expected a lot from me. They were always telling me that as the eldest I should always do well, should always study diligently, and should always be polite. It was very suffocating to live that way. I could not live up to my parent’s high expectations of me and I just wanted to escape from it. I took up drawing to ease those minds, and that chance act led me to major in graphic design. I would draw pretty characters such as princesses, but I would also draw very evil creatures too. After recalling those thoughts in my meditation, I discovered that all those images were my mind. I longed to be good natured, but on the opposite side I was full of hatred and resentment. Now my drawings have completely changed. From now on I hope that my drawings will not be just drawing on a pad of paper, but a journey to show the most beautiful drawings to the world. 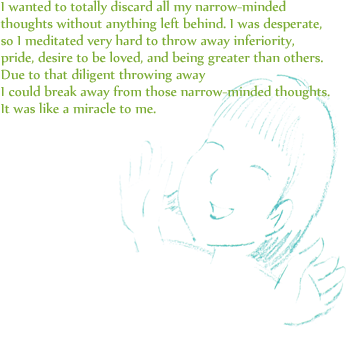 I came to know about Maum Meditation through my best friend at the university. I started meditation as soon as I graduated in March, 2004. I didn’t know why or where it came from, but I felt very comfortable. Until then I had never been comfortable like that before. As I threw away the fear and worries, they really became thrown away. Those minds had ruled me for over 20 years, but I was able to feel that they were getting emptied and that was so amazing, and I was filled with gratitude. I looked deep inside my mind and knew that it was the feeling of inferiority that controlled my mind the most. I had inferiority about love. My mother told me that one time she heard my younger sister crying and she found me biting my baby sister. I guess I had a lot of mind in my sub consciousness in my childhood, and also that I lost my love for my sister. Because I wanted to be loved more than others, I was always jealous of girls prettier than me, or doing better than me. So I never could get out of that fearful and anxious mind. I wanted to totally discard all my narrow-minded thoughts without anything left behind. I was desperate, so I meditated very hard to throw away inferiority, pride, desire to be loved, and being greater than others. Due to that diligent throwing away I could break away from those narrow-minded thoughts. It was like a miracle to me.

Previously, I could never believe in people. I just hated the existence of people. I had a fear that people would turn away from me if I made even the smallest mistake. Fearfully, I would think what if that person hated me because of my mistake? Because of that tension I wasn’t comfortable with relationships with others.

While doing the meditation I recalled one incident with my closest friends in the elementary school 6th grade. I made some kind of mistake, and my friends quit talking to me. Instead, they began talking in whispers to each other and I cried all day long. The impact of that event influenced my whole life because I didn’t want to be hurt again. The first time it came up in my meditations it did not disappear very well. But as I continued discarding that mind those happenings disappeared from my mind and I could be completely free from that scar. 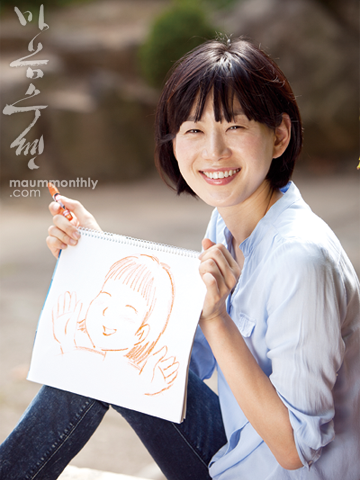 As I threw away that existence of Kim Kyung Mi, who had lived before in that narrow frame of mind, truly a new world opened up to me. My home, my husband, and all the people around me were not the people I used to know. Instead they were like new people that I had never met.

These days I am helping out at my husband’s pharmacy during the day and in the evening I go to the meditation center with my mother-in-law. I received a lot of help from others while I was meditating and now I want to help others, because coming out of one’s own mind world is a formidable task. Since I went through that process and know how hard it is, I would like to be at least a little helpful. When I see people who get out of their mind world and become more free and happy I become truly happy as well.