Young Duk Lee has been suffering from an chronic case of scoliosis.

Young Duk has had more than ten major operations since he was six years old, and he thought he could do nothing in the world like normal people. He had to stay in his bed, just lying there, and the pain was unbearable. He thought, ‘Why must I have to suffer from this pain? Why was I born when I cannot give even the smallest bit of help in the world?’ All that filled his mind was negative thoughts. However, when Young Duk followed his mother’s suggestion he volunteer at Seung Ga Won, a social welfare organization, he met kids who were younger than him and who were going through many severe illnesses. For just the small help Young Duk gave, such as simply playing with the kids or helping with their homework or helping during mealtime, they would say, ‘thank you, that must have been hard work,’ and they would have big smiles on their faces and rub his back for him. Young Duk was happy to find out for the first time in his life that he, too, can give hope to someone else.

Now the smile never fades from Young Duk’s face, because he has friends whom he can help also.

“Thank you Mom” “I love you, my daughter-in-law”

Mechie Maglinte(25) from the Philippines and her mother-in-law, Young Hee Woo(56) 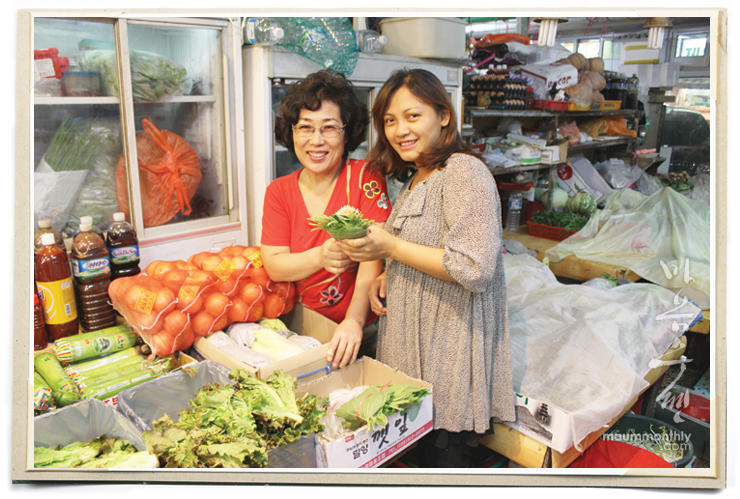 Three years ago Mechie Maglinte married her Korean husband, who had been studying in the Philippines.

At first, she was afraid of her mother-in-law, who was against the marriage. However, after she got married, Mrs. Woo treated her very kindly. When the young bride could not eat the spicy food, Mrs. Woo cooked dishes that were not spicy; or when Mrs. Maglinte returned late from work, Mrs. Woo would pack small dishes with food for her dinner. In this way Mrs. Woo helped Mrs. Maglinte get used to her new life in Korea. Also, Mrs. Maglinte proudly says that Mrs. Woo was a great help when her mother in Philippines had eye surgery, and that she even remodeled the home in the Philippines because the house was very hot.

It is difficult to find a mother-in-law who knows what her new daughter-in-law wants and how she feels. Mrs. Maglinte is always happily thinking about how she can be a better help to her mother-in-law. 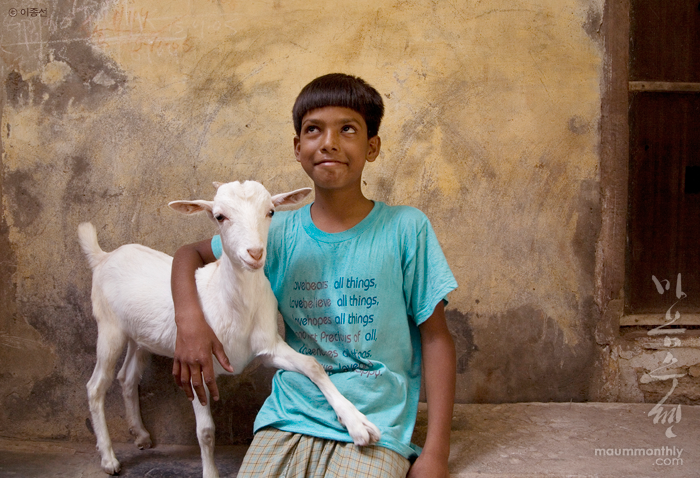 We put our arms around each other every day. 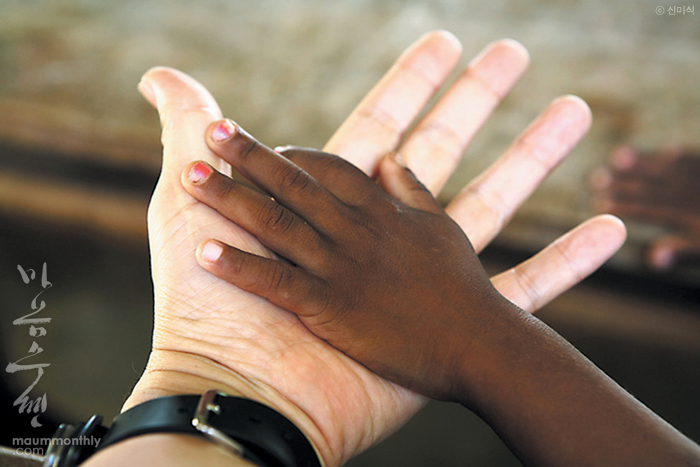 Without a word, we understand each other.

‘Thank you, for holding my hand.’ 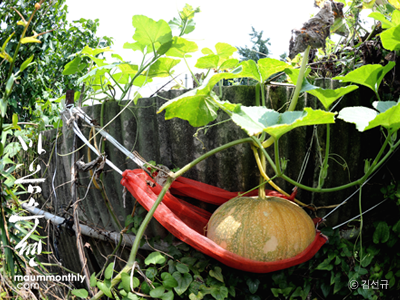 What hard work it will be to hang

that large thing there.

We should help him, for he is our family. 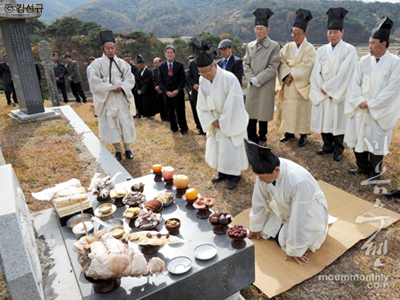 We come from the one source.

We mustn’t forget that. 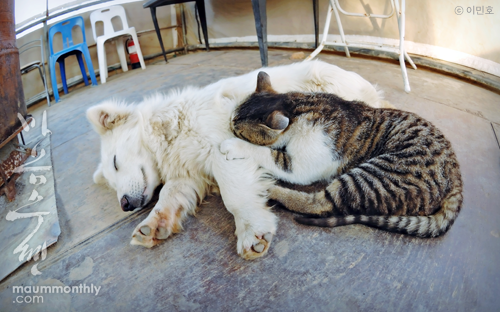 Who talks about cat-and-dog life? 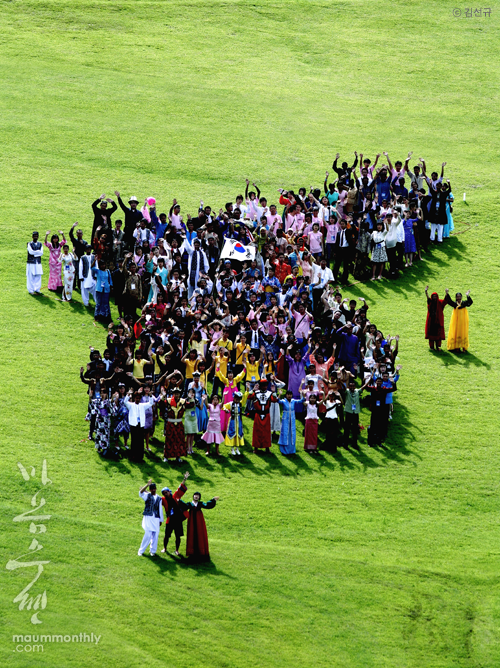 Teens from different countries are dressed up

in the Korean traditional clothes and form the country’s map.