In July 2011, I visited the Maum Meditation Main Center in Nonsan, South Korea.. Although I started practicing Maum Meditation in Argentina, I decided to take a trip to South Korea to do more intensive meditation. I believed that no matter how busy I was, there was nothing more important than finding my true self and living as a true existence. 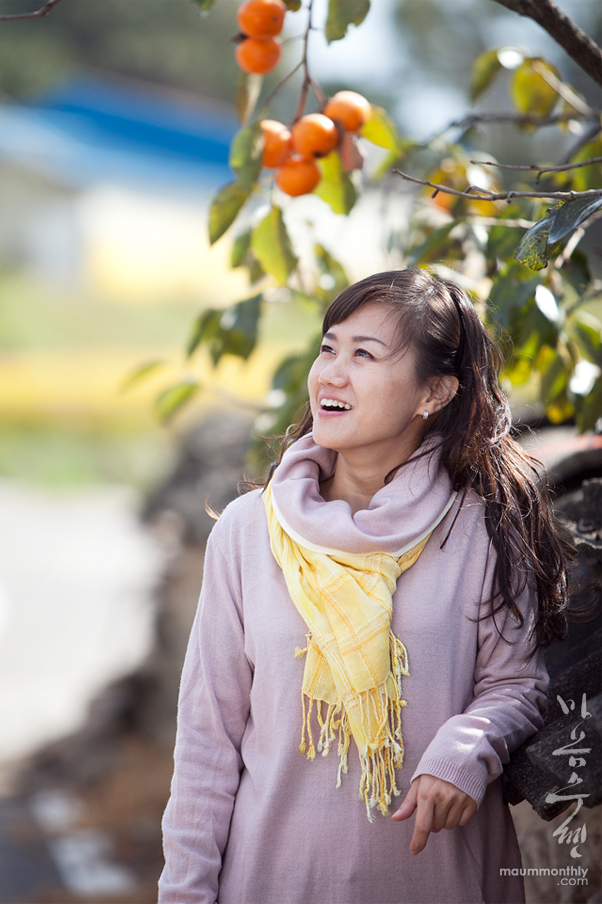 My family immigrated to Paraguay when I was 5 years old. My father was a doctor of oriental medicine and has always appreciated the inner values. He said that finding new ways from nature was the real remedy as our body was also a part of nature, and he has been able to heal hard-to-cure diseases after doing much research.

I naturally wanted to become a doctor after I watching my father since my childhood. I have been curing patients for more than 10 years, and I heartily felt that what was more difficult to cure than physical illnesses were illnesses from the mind. Together with my brother, I specialized in internal medicine for children and adults. In 2009, I changed my specialization to aesthetic medicine. Unlike cosmetic surgery with scalpels, aesthetic medicine helps improve your appearance with treatments such as Botox. It seemed that the clients just wanted to become pretty; but on the other hand, they mostly had some kind of problems in their mind.

There was one who was obsessed with looking good because she was shocked when she lost her husband to a younger lady;

another who was already pretty but seized with inferiority; and there was even one who begged me to remove her wrinkles,

even though she didn’t have any. 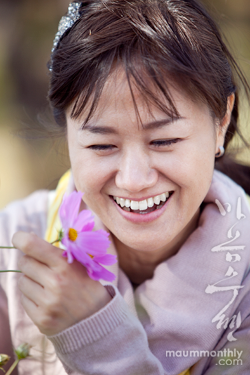 Although I advised them to “please have calmness within your mind” and to “try to throw away that kind of mind”, it was always difficult because I knew that, even though I was a doctor, I could not control my own mind easily. But I was able to get over those limits in 2008 when I started practicing Maum Meditation. While meditating I recalled the time I first came to Paraguay. I worked hard to avoid looking at other people’s eyes; they looked at me as if they were looking at monkeys because I was an Asian. My past memories spread out before me ? the memory that I chose pediatrics for my specialization because I liked kids, but changed it later as it was painful to see sick kids and the memories that I had misunderstood things, and had been easily hurt and cried over trivial things, all because my family had always protected me as I had been weak as a child.

Within these memories, I could see,"myself who only knows about me." I was given a lot of love from my family, friends and the people around me; but I would coldheartedly break off relations with them, even if they committed the most insignificant thing against me. I was always given respect, but I thought I deserved it because I thought I was superior to others; yet I never knew how to appreciate others. And of course, I didn’t know how to say “I’m sorry” to others.

As I reflected on myself, I realized I was full of attachments. My possessions, my family, my friends…… I had never lost any of my possessions, even the smallest needle. When my close friend became close to another friend, I felt hurt and that I had been betrayed.

After I became a doctor, I thought I had to live caring about how others saw me. As a doctor, I must be like this; I must wear these clothes, maintain this reputation, and I had pride, and my future had to be prepared for. I had always been restrained by these things. Within them, I was constantly hurt and worried. I had always been restless and kept my brain working overtime, because of thoughts like ‘I must be good all the time’ and ‘I must build up a fabulous future’. While meditating, I realized that these things were all illusions, and I started to throw out these ‘fake’ illusions.

One day, I came to realize, "oh, I was just a foolish person to be so worried over such insignificant things.

I have only lived in my mind world and never ever lived as the real existence. I always thought I was superior and I lived as the king of my kingdom that I had created. Even so, everyone around me, and the world, has been truly embracing me with a warm heart."

I have been gradually changing. I was introverted, but have become a lot more active and so brave that I can talk in front of many people without being shy. I also started to break free from the never-ending worries about the past and future, like "what if this goes wrong…"

Additionally, I also have hope as a doctor because I can now say to the patients who suffer from their mind that there is a way to throw out the mind.

For the first time in my life, I experienced the action meditation in South Korea. Action meditation is the meditation of throwing out myself while working in natural settings, such as farming, perhaps in the sesame fields or chili pepper fields growing the vegetables, which the students would share at mealtimes. I would throw out myself while doing this action meditation in nature, walking on the earth. This was something I had never done before, but my energy was somewhat recharged in my body. I felt that when we do actions for others our body could then be filled with a lively energy. 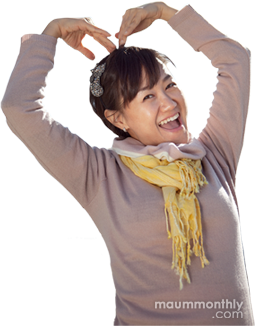 If I am given the opportunity later, I would like to recommend to my patients to do this action meditation. While meditating intensively for a number of months, I became a lot freer from myself and the minds where I cared about how others see me have disappeared. I have enlightened to the true peace; this is to live truly, and to live just as it is, not being conscious of others looking at me, no matter which clothes I wear and no matter what I say.

The real life is living in this world, breaking away from my mind world.When there is none of myself, which is fake, I am just the Universe and live just as the Universe mind.If you see from that mind, you know how the world works and live truly freely and happily.I truly hope everyone comes to know the real life through this meditation.

Hyung Jung Noh was born in 1972 in Seoul, South Korea, and immigrated to Paraguay when she was 5 years old. After graduation from Cordobes National Medical School in Argentina she worked as a pediatrician. In 2009, she began specializing in aesthetic medicine. She began Maum Meditation in 2008, and is currently meditating at the main center in Nonsan, South Korea. She thinks that Maum Meditation is essential to her life before she begins her new career as a general practitioner in her own clinic.