Woo Myung first met Dr. Charles Mercieca in Huntsville, Alabama, in September 2002 after a meeting at the United Nations headquarters with Dr. Han Seung-Soo, the then President of the U.N. General Assembly, to discuss how to achieve world peace.

At that time, Dr. Mercieca became certain that achieving inner peace through Maum Meditation was the true way to achieve world peace and awarded Woo Myung the Mahatma Gandhi Peace Award, as well as designating him a World Peace Ambassador for his contributions to world peace and the recovery of people’s original nature.

They met again in the fall of 2011, nine years after their first meeting. The subject of their talk, which took place over the space of some two hours, was the reconfirmation of the possibility of realizing world peace and human completion. Dr. Mercieca rejoiced, “Although wars, starvation and discrimination still exist on Earth, a time of peace in the world is drawing near now that we have Maum Meditation as a solution.”

A special talk between Woo Myung and Charles Mercieca

Dr. Mercierca: It was really wonderful to hear from you again,

and it’s such a pleasure to meet again.

There are more than three hundred centers worldwide,

and there will be more than a thousand centers open within the next three years.

Dr. M.: How was Maum Meditation able to grow so quickly? It is truly astonishing.

W.M.: Maum Meditation is about changing the human mind into the mind of the Universe,

and when one is reborn from that Universe, he never dies.

Dr.M.: In that case, the world will truly become a peaceful place.

Even though I knew of your passionate and vigorous efforts, it is still astounding that

Maum Meditation was able to grow so much in such a short space of time.

W.M.: In the future, it is certain to grow even more quickly.

Dr.M.: I am sure that it will continue to gain momentum. How was such growth possible?

W.M.: Well, it is because many people have become enlightened

and large numbers have achieved completion. Completion is the state when one has been born

in the land of Truth, and thus eternally he does not die. Maum Meditation is the total education

-the education of the “whole person”- where one can achieve completion.

Dr.M.: I realized that when you came here the first time.

I felt something in you and from you that I have never felt or encountered in another person.

W.M.: I remember you told me that I was charismatic when you met me nine years ago.

Dr.M.:That’s right, I said that. You are charismatic because you make people see

what they were unable to see, and you make them become complete.

Do you spend the majority of your time in places other than Korea?

so I visit places that need more support.

Dr.M.: That is remarkable! I think the results you have already achieved in Korea are

the impetus driving the on-going progress. For a person in your position to actually visit

these places yourself is the mark of a true leader -to lead by example.

It is inspiring to see that you care for the people of the world like they were your own children.

W.M.: What meaning would there be in personal fame? I do not do this to gain that.

The only thing that is important to me is that people become Truth.

Dr.M.: What you have done would not have been possible if you had been seeking fame;

you have only achieved the results you have because you were not.

Successful people are usually those do not seek fame and work quietly behind the scenes,

and I think that you are such a person.

W.M.: I would like for the people of the world to live as one,

without discriminating about which country they come from.

Dr.M.: Only then can the peace of the world be realized.

The Roman philosopher Seneca once said that the whole world is his native land;

world peace can only be realized when our children all believe the same.

Dr.M.: Why didn’t such a world come until now?

W.M.: Because a complete existence had not come to the world.

Such a world can only come when people have recovered their original nature.

Dr.M.: All educational systems should teach the philosophy of Maum Meditation.

only the skills and knowledge needed to make a living.

Dr.M.: That is true, especially in America.

in all countries in the world.

W.M.: When the human mind changes to the mind of the Universe and all people become one,

there will no longer be distinctions between your country and my country.

In all my lectures around the world, I tell people that there is now a complete solution.

I tell them, “Even if you had not been born, the Universe would still have existed;

and if you get rid of your mind world and you are reborn in the Universe,

you will have the mind of the Universe and become complete.”

This is possible because Maum Meditation has the method.

Dr.M.: There was no method in the past,

and it can now happen quickly because a method does exist.

W.M.: Until now, no method existed for people to become saints.

W.M.: It is causing a sensation because the method works.

Dr.M.: I think that is so because people are actually becoming complete with the method

and they are experiencing it for themselves.

W.M.: It is because they are becoming enlightened.

Dr.M.: This is very inspiring. I am sure that you will achieve your aim.

W.M.: Religious wars are still taking place around the world.

Dr.M.: It is a shame; people are unable to become one, and are divided.

that exist inside their minds which are also illusions, and become the mind of the Universe,

they will become one. Maum Meditation is only about subtraction.

People have always only added to their minds until now.

Dr.M.: That’s right. We should all empty our minds.

W.M.: Then we become the completely empty mind.

Dr.M.: I think that the titles of your books are wonderful.

“The Way To Become A Person In Heaven While Living” is 100% true.

Mother Theresa also thought this to be true while she was alive.

I could not see even though I have eyes, but now it seems as though my eyes are opening.

W.M.:There are ten books in total, and they are being translated into nine different languages.

They are ideal literature.

Dr.M.: I am sure that that I will benefit a lot by reading them.

W.M.:Yes, because there is a method for people to escape from their mind world

and shed their sufferings and burden.

Dr.M.: It is like a dream for people to be able to shed their sufferings and burden.

It is in fact a miracle.

W.M.: I have the ability to save people who are dead in an illusionary world

and send them into the real world. When we first met, you told me about your wife

who had passed away, and I could see that you were saddened and missed her terribly.

This stayed on my mind, so I sent her to a good place.

Dr.M.: Oh… thank you! Since then, I have always felt very peaceful whenever I thought of her.

I sincerely thank you.

W.M.: You will become even more at peace in the future.

Dr.M.: I think I am beginning to realize what inner peace is.

W.M.: Maum Meditation is the total education to become complete.

If people do this, they can become complete and live as one.

Dr.M.: Yes. When people become free of themselves and become Truth,

the world will truly become a peaceful place. In that sense, Maum Meditation is a fundamental

solution to achieve real peace in the world.

Maum Meditation. I hope to hear more in the future about Truth and peace. Thank you. 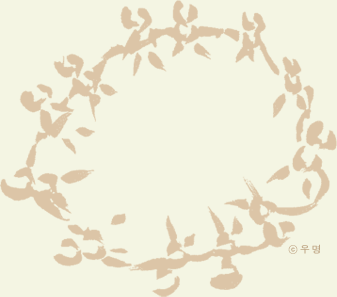 Woo Myung founded Maum Meditation in 1996 and began teaching people Truth. Thousands of people have become Truth through the practice of his unique and precise method of discarding the false picture world. He was awarded the Mahatma Gandhi Peace Award by the United Nations International Association of Educators for World Peace (IAEWP) in 2002. Woo Myung has also been appointed as a United Nations World Peace Ambassador because of his outstanding dedication to the service of humanity. He is the author of numerous books including ‘The Book Of Wisdom’, ‘Universal Order’, ‘Mind’,’The Enlightened World’, ‘World Beyond World’, ‘The Forever Living World’, ‘Heaven’s Formula To Save The World’, ‘The Way To Become A Person In Heaven While Living’, ‘Where You Become True Is The Place Of Truth’ and ‘Stop Living On This Land. Go to the Everlasting World of Happiness. Live There Forever’. There are three hundred and twelve centers worldwide, guiding people to the world of happiness.

Dr. Charles Mercieca, a retired history and philosophy professor from Alabama A&E University, is the President of the International Association of Educators for World Peace (IAEWP). In 1967, Dr. Mercieca spoke with several Latin American Universities about bringing unity between North and South America, and later he undertook a world-wide lecture tour to raise awareness for international understanding and world peace through education. An international conference of world educators in Huntsville, Alabama, in 1969, resulted in the establishment of the International Association of Educators for World Peace. The IAEWP was set up as a non-profit organization, the aim of which is to pursue world peace through educating the people of the world. In 1973, it became a non-governmental organization of the United Nations Economic and Social Council (ECOSOC) as well as a part of the United Nations Department of Public Information (UNDPI). In 1987, IAEWP was made a Peace Messenger of the United Nations, and in 1990 it became officially linked with the United Nations Children’s Fund (UNICEF) and the United Nations Conference on Environmental Development. Having consultative status with the UN, the IAEWP is now represented in over 80 nations world-wide.