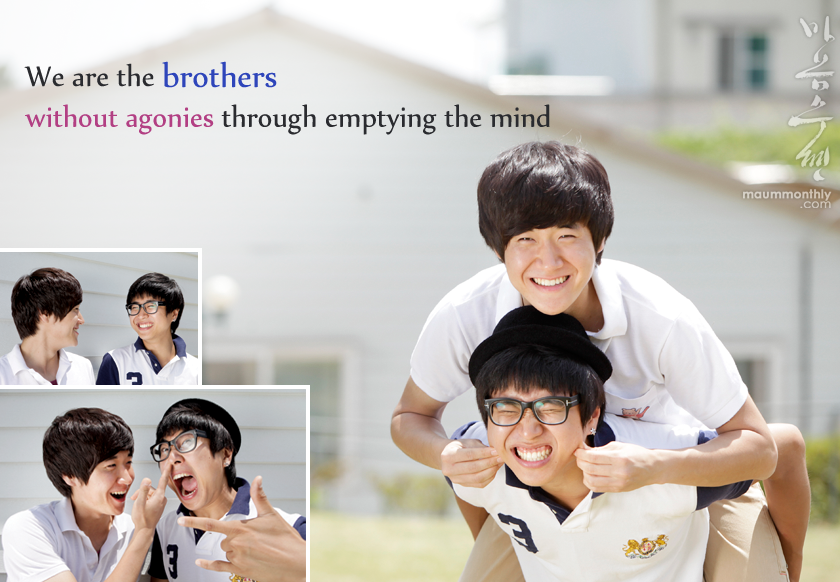 I was not interested in any specific career when I began my university studies so I just took classes according to my academic qualifications. I had a dream to accomplish something when I was a child, but as I matured and started to face reality I basically felt as though I was unable to do anything. From that time on I just cut classes, and began sinking deeply into going out and drinking heavily.

Meanwhile I received my draft notice to report for military duty. I remembered something that adults had said to me: “You become a man after serving in the military!” And the thought just came into my mind: “Oh, yes!! All my problems will be solved after I finish my military service!” However, the two years of military life was just like hell, and I literally wanted to die. Up until then there was no one who had control over me in any aspect of my life, so the structured life of the military made me severely feel like I was in a prison. Eventually I took on a victim’s mentality, and mistakenly thought that all the chit-chat from the other soldiers was gossip about me. This put me into a severe depression. On the second day after I came back into society I joined the Maum Meditation University Students’ Camp.

In my meditations I looked deep into my mind. I found that my grandfather, who was a university professor, and my parents had all graduated from prestigious universities; therefore their expectations of me were quite high. At one time I studied harder than anyone else, but I felt that my grades didn’t get as high as they should have been and I got extremely frustrated. All these thoughts and images had been accumulated in my mind.

I threw away everything; like the memories that I was muddle headed when studying because my head was full of cockeyed thoughts, that I didn’t know what to do so I felt I could do nothing, choosing military service to escape my fear about the future, my pride and selfishness that clashed with the bullying that came from those above me in rank and age, the “myself” who couldn’t endure even a little bit of interference because I wanted to just live in my own way, the memories that made me fall into frustration, and more. As I threw away the suffering mind, the anger and the worries about the future, I came to know they were all false, and surprisingly they all disappeared for real.

I also came to know that what I earnestly wanted to do is to live for those people who are in agony as I had been. Well, for me, escaping from reality or wandering through life aimlessly is now over. I now have faith for myself and conviction for my life. I am truly happy that I became a person who tries to do the best he can do in every moment without any worries about the future. 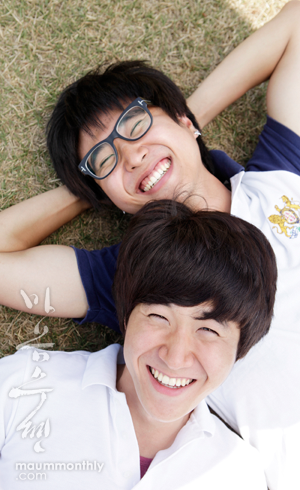 There was a lot of rage in my mind. I didn’t know exactly why, but I hated my father, who always compared me with my brother, and my mom, who intervened in every single thing in my life. I also had arguments with my teachers. In my senior year in high school, probably due to the stress of the intense studies and all the important exams, my jaws began to ache and I could even hear some sounds coming from them. I was exhausted and I just wanted to rest.

At the suggestion of my mom and brother I joined the Maum Meditation University Students’ Camp. There I recalled the memories of my dad. Yes, that stubborn and egotistical dad; who I hated so much since my childhood that I didn’t even want to be near him. Yet after meditating I was able to change my viewpoint and see the real dad. It was my father who, just for us, had actually faced all those hardships in his life. I felt so grateful to him, and I felt so ashamed and apologetic about it that I cried all night long.

All the images of my father that I hated were actually my own images, which existed only in my mind. I knew I couldn’t go back home this way, not carrying this mind of him. So during my entire vacation I constantly threw it away, until the mind about my dad disappeared completely. I threw away everything; the mind that I wanted to be loved and recognized by my parents, the sense of inferiority to my brother, and, caused by the mind I had about my dad, the times I rebelled against him. When I met my dad again I was surprised to find that I was comfortable around him. Before, every moment around my dad had always been torture and full of fear, but I felt none of that anymore. Now I am able to do something to make him happy, like preparing breakfast for him when my mom is away.

I now know everything is my fault, whereas in the past I believed that everything was others’ fault. Moreover, I feel real freedom and happiness. It would truly be good if everyone knew such happiness is really nearby and available to them. I’d like to say “thank you” to my parents and my brother, who is always with me.