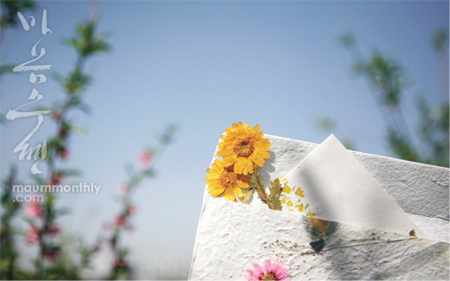 I met her after I graduated college when we were placed at the same neurosurgeon ward in a general hospital. She made wherever she went so bright like a sunflower. She lived with her father who was a teacher, and often invited me for delicious soup and rice. When she was on a night shift, she would make a fresh lunch and bring the lunch box to her father at school before she came to work. She had special warmth in her heart unlike me who had lived selfishly.

I was known as the ‘mean’ one at work. I was nitpicky on how I treated patients, and I always scolded when something was not right. I believed that was the way to care patients and the role of a competent nurse.

On the contrary, she always stood on patients and their guardians’ side, and did what they want, even if she must break the rule and be scolded from time to time. She ate food a patient with a brain tumor gave with unsanitized hands. Once, she found out an old lady who was hospitalized for a stroke lived alone. When the lady left the hospital, she visited her house to take care of her. There were more patients than usual in front of the nursery room when it was her shift. One day, she told me when we were having a cup of tea together.

“You are so friendly and funny in person, but at the hospital, you are scary.”

She was right. At that time, I liked meeting her outside, but at the hospital, she got on my nerves and I tried to avoid her. But what she said after that melted my heart at once. “You are really capable as a nurse. Can you be in charge of me if I get hospitalized? I will be so relived!”

I envied but also disliked her sincerity. Perhaps, I was jealous of what I did not have.

Soon she got married and stopped working at the hospital. She took care of her parent-in-law, raised her children, and brightened the whole family and the neighborhood with her unique sincerity and optimism. Where did her endless warmth and hospitality come from?

I asked her one day, “How can you always think of others before yourself?” And she answered, “I’ve already received too much fortune. I’m always grateful for that.”

A few days ago, all of a sudden I thought of her, and sent her a text message with a video of falling cherry blossoms. She replied with a box of pastry and a letter with flowers. As she would have done, I shared the pastry with other people. She was always grateful for what she was given. She could put others first before herself, disarm and open up anyone’s heart. I too want to be like her who brightens her surrounding like a sunflower. 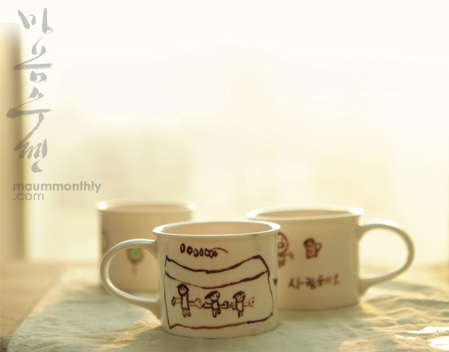 Mrs. Eun Mi Lee was my child’s first grade teacher. I was worried a lot whether my son will adapt to the school life well since he was raised in a small rural city by his grandma. However, he was fortunate enough to meet Mrs. Lee.

Mrs. Lee did not have any judgments or preconceptions on parents or children. One time, I said I was worried about a boy in a class because he did not get along with other children in the class, and Mrs. Lee asked me to let go of the thought that every child must get along with everyone. She asked to wait though he seems to fall behind. It was a surprising answer. Even after that advice, Mrs. Lee helped me let go of my growing greed and anxiety on my son.

Mrs. Lee was like a friend to parents. I would call her to talk about my son but end up being on the phone over two hours talking about family issues. It felt like there was no wall between her and parents. Whenever I was frustrated with financial problems, my husband and my son, I felt relieved after talking to Mrs. Lee.

In fact, Mrs. Lee too had a hard time as a mother of a child. Perhaps because she experienced such hardship, she understood parents’ mind so well not just as a teacher but also as a mother. Because of her, many parents who tend to neglect school related events became much involved to.

For instance, at the beginning of a new semester, mothers from Mrs. Lee’s class from last year voluntarily came to the school to clean classrooms and hallways, even though all the children in Mrs. Lee’s class were assigned to different classes. No one could deny that such change of the parents was because of Mrs. Lee, and I myself changed too.

My attitude towards other people changed even to those who had different opinions from mine. At a parent’s meeting, when someone said an opposing idea, I often thought ‘what is she saying? That clearly does not make any sense.’ But now, before I judge others I look back on myself first, and remind myself ‘this is my own judgment.’ Also, for mothers who are too busy to participate school events such as cafeteria duties, other parents take care of not just their own children but those of the busy mothers; they call their names and give them ample amount of food. Since everyone takes care other children too, there is no wall among mothers. We learned all of these from Mrs. Lee.

“Mrs. Lee Eun Mi, Thank you very much. I am grateful to have met you.”