The hide and seek game between my mother and I started when I was in the fifth grade and continued until my freshman year of high school. Out of the blue she would register me at private academies for extracurricular English and math classes, not even considering how distasteful academics were to me. I did not attend even one of them for more than a month before I would slip out like a slimy eel. My mother would pressure me, burden me and have huge expectations towards me about things she wanted to accomplish; and when it came to my academic studies she was especially strict and fearsome.

Even if I got to see my busy mother only once a day her greeting to me would be “How are your studies going?” or “Did you go to the academy today?” I started disliking my mother more and more, finally getting to the point where I would get angry just by looking at her.

Then one day, when I was a sophomore in high school, my mother suddenly decided to stay at the Maum Meditation Main Center in Nonsan for a week. Yes! I felt liberated; felt that I could breathe now. I was really grateful that she had left.

After a while my mother returned from Nonsan and we noticed a subtle change in her. But I was doubtful; in fact everyone in the family was skeptical. There was no way she could have changed so much so quickly. But a day later, and then a month later, we realized that she had really changed. We were astonished that she was not angry all the time. On top of that I began to feel a genuine understanding of me through her words and looks. For example, in the past she was only concerned about whether or not I had attended class, or she would only ask how my studies were progressing. But now she would only ask questions that showed genuine concern for me; like “Are you feeling ok? Can I get you something to eat?”

The way my mother began joking around with my father was also surprising. My father would make jokes just as he always did, but because he had a vulgar sense of humor his jokes would, in the past, offend my mother. However, now she would just accept what he said and laugh with him leaving the entire family speechless. Before she did Maum Meditation their relationship had not been bad, but it was not a close, friendly one. But thanks to my mother’s abundance of positivity and warmth, and always being readily able to say “I’m sorry,” or take the initiative and say “I’ll do it, don’t worry,” in any situation, our home had suddenly turned into a harmonious place to be.

I began to wonder what this Maum Meditation was that could make such a positive change in my mother. I began to have a small expectation, a hope and desire that even I might be able to break free from the shadow of my present self.

I had always been very unfocused and indecisive, and never had the backbone to stick with things to the end, not even when I learned something new. When people would ask me about my skills or achievements I would say that I was good at a lot of things, like licking a watermelon rind. I was never confident enough in what I had done to consider myself accomplished at anything.

But I was sick and tired just talking about how I wanted to change, when in fact I would not follow through with anything and so I never made any progress. After seeing the change in my mother I decided to begin doing Maum Meditation. I knew that this was something I wanted to do completely.

As I meditated I came to realize how meaningless it is to live blaming the world and blaming others. During this time of introspection I came to see the real value in this meditation. At that time in my life I was drowning in the pain of failing an exam for a degree. But Maum Meditation gave me a way to overcome myself. Because of the meditation my concentration level had improved substantially and it was my great fortune to pass the exam for my degree.

Nowadays I brag about my mother to my friends. To me she is a friend that I will always cherish. Even now she tells me “If there is anything you want to do in life I will stand behind you and support you; and I know you will never regret anything you do.” My mother’s love and embraces are like a beneficent virus that spreads illumination and goodness throughout, not just in my family, but it shines on everyone, everywhere. 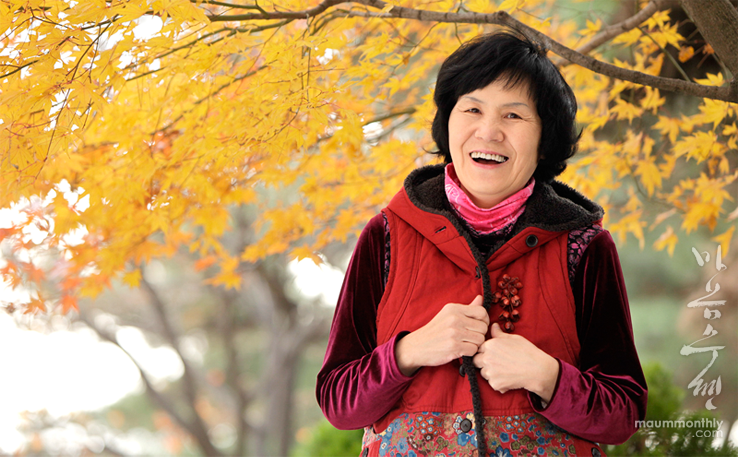