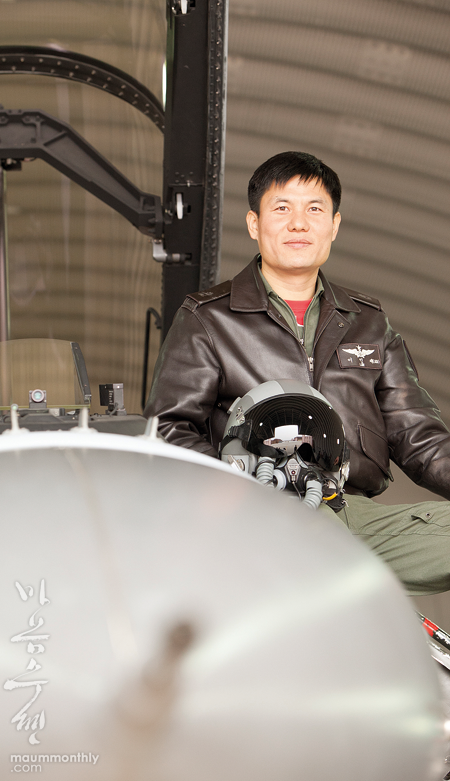 When I was in middle school, I dreamed of becoming a pilot. ‘If I could always fly…’ To become a pilot and fly in the sky was a fantastic dream. I joined the Air Force Academy, completed all the courses, and finally became a pilot.

Flight suited me well, but it was not what I imagined. Though I was flying, I could not enjoy the flight. There is no chance to take a break when I am flying. During a maneuver the jets can collide in a split second. If we are on a bombing mission, we have to pay attention every second to avoid crashing into the ground. One mistake can lead to death; we must always be alert every moment during training.

When a flight ends there is no time to rest. I must prepare for the next day, and learn and practice new skills. Pressure to develop myself, eagerness to be acknowledged, fear of accidents and complex relationships among people in such a large organization caused much stress. I was always busy and did not feel the work was rewarding. Deep in my mind I wanted to change myself.

Then one day I came across a book review in a newspaper for a book from Maum Meditation. The phrase ‘to find one’s true nature in one week’ attracted me. The next night I was on duty I read the book until daybreak. It was very compellingly written that one could find one’s true nature in one week; and I was convinced that if I could do so then changing myself would be possible.

I went to the closest local center and started doing Maum Meditation right away.

As a beginner, I recalled the memorized thoughts from my past, and I remembered an incident in my fourth year at the Air Force Academy. My classmates and I wrote letters about each other, and I was shocked to read what my friends wrote about me. Personally, I believed I was thoughtful and took care of the people around me, but almost all the letters from my classmates said I was very stubborn. It was a shock to realize that other people’s point of view of me was very different from mine.

People were right. I grew with a father who was a stoic philosopher. As the eldest son of a Confusion family, the strict and unchangeable concepts and customs of Confucianism were engraved in my personality. I should never harm others, and I persisted in what I thought to be right. When I was in high school, I left home and lived by myself either in a rented room or in a dorm. I had designed my life to become successful. I believed everything was the way it was because I was good. I did not have any gratitude towards my parents, siblings, friends or coworkers. I don’t know what was so great and good about me. All I had done was insist in my own mind world that I was right.

I was so ashamed. In my meditations I continued to throw away the mind world I had built. When I felt I finally threw away all, I heard a voice from my heart: ‘everything in my mind was falseness that I had made, and this universe is me.’ Also I realized my desire to fly was my thirst to find my true self.

I changed a lot after I was enlightened of my true self. Most of all, my direction and goal of life became clear: to clean my mind and throw away all of the remaining false mind, and to live as the mind of the universe which is my true self instead of the human mind. When the direction of life became firm, the worry, anxiety and stress felt so small, and I could easily escape from them.

My appearance changed a lot as well. When I was getting a new driver’s license, a receptionist could not recognize me from the photograph on the old license. I took the photograph when I was in the Air Force Academy. My face was stiff, eyes sharp and full of complaint. My school friends used to say I look like a gang member and told me to smile. As I threw away my mind that changed, my eyes, especially, began to have warmth. These days, people say I have a gentle look.

Though my life as a pilot was busy, I tried to keep on meditating. One evening, I was on a night flight. There was a large window right above the pilot seat so I could easily see the stars when I looked up. In the past, I did not have time to relax and enjoy the beauty of the sky, but at one point there was neither the jet nor me, there was only the sky. The sky was me, and I felt myself uniting with the sky very naturally. There is nothing more exciting than flying since I have become one with the clear sky. When we practice Maum Meditation and as our consciousness expands, the world becomes me and I unite with the world. That was the moment I truly realized that with my whole heart. Pilots attempt to unite with jets as we make a flight, but I could unite not just with the jet but with the clean sky. There was nothing more exciting.

The most important thing for a jet pilot is an accurate judgment during the flight, since the conditions in the sky changes every second. Moreover, having control over one’s mind in an emergency situation is very important. In the air, people have a hard time making a good judgment because humans were meant to live on the land. When an urgent situation happens on top of that, pilots are forced to react unconsciously. So Maum Meditation is very important for pilots.

In Maum Meditation, people can throw away even their unconscious mind, and they have a mind like the world all the time, so whatever condition they are in, their mind stays calm. My ability to react during a sudden change in flight improved and I became more relaxed in the air after I began Maum Meditation. The improvement is not due to another attempt to achieve more or add more; but it can be found only through the unique method of subtraction in Maum Meditation.

So I go to the meditation center every evening unless there is a special occasion that I can’t avoid. Though my daily routine is similar to that in the past, I who lived the routine have changed.

The I who bore stress has disappeared, and the true I, peaceful and free, lives. 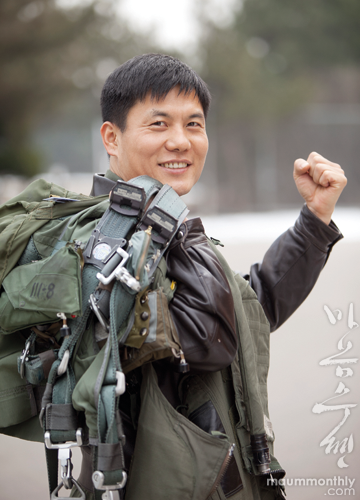