People live agonizing, and carrying burdens in their mind. The burdens of one’s mind are the minds he himself has made; they are the minds he has possessed. When one lives with those minds, he is uselessly busy and it brings suffering, because he must live as the pictures, the illusions, order him to live. Dear people, a human lifetime has so many trials and tribulations, and one who lives within them will find life tedious. He who lives within them will live in suffering and burden. There is nowhere for him to go, no matter how far he goes, and nothing is achieved, no matter how much he tries or does achieve, because it is a futile life that does not exist. The creations of the world are born, exist, and live, according to their conditions.

They are born by the mingling

and coming together of various things, so this exists because that exists, and that exists because this exists; namely everything is born according to the harmony of heaven and earth. If you look from the viewpoint of the origin, everything is the embodiment of the origin, and all things are the children of the origin. The source of all creations is the origin; the source of all creations is the original Jung and Shin. People have no significance or meaning, because they have made stories of the origin. He who has returned to the origin, to Truth, does not die, he is freedom and liberation itself, free from all affairs of life. The place of completeness where good and bad, hot and not hot, existence and non-existence of human affairs do not exist; the place that is beyond even life and death is the place of God, where everything exists as they are eternally, of and by themselves. Man can become God, when his old self, his self that is a delusion completely dies. Then only God remains, and he can be reborn as God.

God who is complete is alive as Jung and Shin, and when we are also reborn as this Jung and Shin we can live as God in the land of God. The land of God is completely free from human conceptions and habits; it is freedom, liberation, and wisdom, because one’s self, the illusionary person, does not exist. It is thus completion and the place free from human conceptions and habits. The place of God is not a material place, but it is the true metaphysical essence. There is absolutely nothing, yet Jung and Shin exist there, and to be resurrected and reborn as this Jung and Shin, one must die completely. It is a complete death only when his mind world and self is completely dead. If one gets rid of himself completely, the consciousness that does not die remains, and if one gets rid of himself completely, he can be born as this consciousness. Then this heaven and earth is the world that has been born anew, and this heaven and earth is paradise. He will live forever without dying in this heaven and earth.
To be complete is to be without death, and it is to be free from all intrusions. The existence that exists of and by itself is the complete existence. Man must be reborn and resurrected as this existence and he must live in the land of this existence if he is to be complete. The present exists because of the past, and the future exists because of the present. The life that man lives is a human one, and it is because he lives inside a limited period of time, that within it there is a past, present and future. In the world of God, there is no past, present or future; the past does not exist there because there is no picture world of the past, and one is simply the mind of God, which just exists. It exists just as it is. This existence is always the mind of one, and it is an existence that is alive. The world of this existence has transcended time and space, and although the world of this existence is alive, 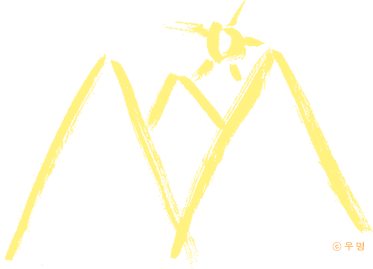 and it is not within its actions.

There is nothing lacking in this world, and it is a place free from this and that. It exists, but does not dwell in its existence, and it is God because there is only the living mind of reality, and not illusions. It is the God of wisdom.

Woo Myung founded Maum Meditation. For his outstanding dedication to the service of humanity, he was awarded the Mahatma Gandhi Peace Award by the United Nations International Association of Educators for World Peace (IAEWP) in 2002. He is the author of numerous books including World Beyond World and The Way To Become A Person In Heaven While Living which have been published in English. His other books, Where You Become True Is The Place Of Truth, Heaven’s Formula For Saving The World, The Living Eternal World, The Book Of Wisdom, Mind, Universal Order and The Enlightened World are in the process of being translated into English as well as Chinese, French, German, Italian, Japanese, Portuguese, Spanish and Swedish.